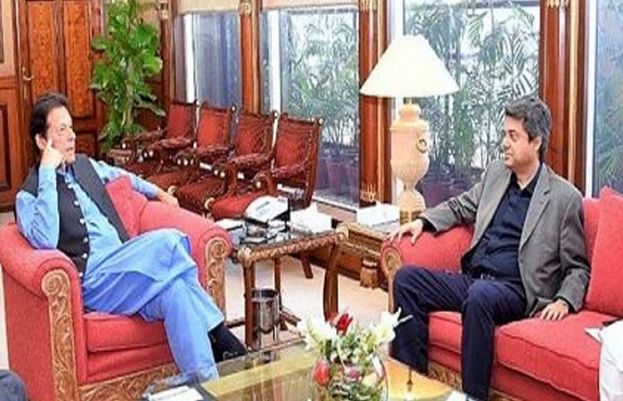 During the meeting, the prime minister assured his full trust and cooperation to Farogh Naseem and said that the entire cabinet stands with you. “You’re doing a great job and representing government perfectly as a law minister, said PM Imran Khan while lauding his performance.

“Entire cabinet stands with you. I appreciate your performance as a law minister,” PM Khan tells Farogh Naseem.

Matters pertaining to important legal affairs were also discussed in the meeting.

Federal Law Minister Barrister Farogh Naseem on February 24 refuted rumours of his resignation and opposition towards the appointment of the newly-appointed Attorney General Khalid Javed.

“Neither I am resigning from my post as law minister nor I have any reservations towards the appointment of Khalid Javed,” he said.

The law minister said that he has a brotherly relation with Khalid Javed as their fathers had a years-long relationship. “Those who say that I have an objection on Khalid Javed’s appointment are basically raising questions on their credibility,” he said.

Attorney General Khalid Javed also seconded the remarks from the law minister and said that he had a very kind relationship with Farogh Naseem’s father as he always defended him when questions are raised against him.

Meanwhile, the federal law minister also apologised with the former Attorney General Anwar Mansoor Khan and said that he considers him as a big brother. “I withdraw all my remarks against Anwar Mansoor,” he said.