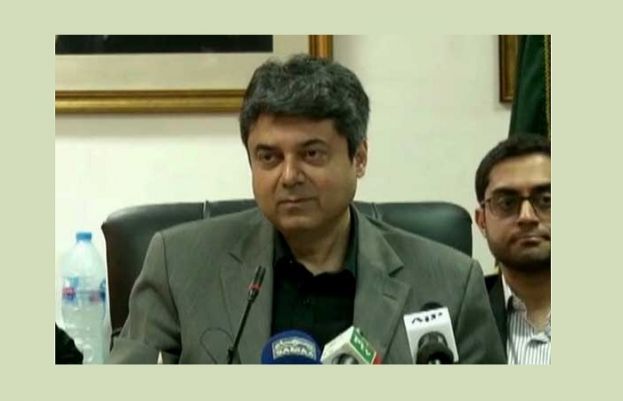 Federal Minister for Law Dr Farogh Naseem on Firday said a draft of the Whistleblower Protection Act will be presented in parliament in the coming days and will include protections for whistle-blowers.

“The law will invite countrymen to identify the corrupt and (whistleblowers will) get 20 percent of the ill-gotten money and assets recovered from such people,” he told a press conference in Islamabad.

“An impartial commission will look into the complaints of corruption and the names of whistleblowers will be kept secret,” he added.

The minister also invited political parties to give their input, saying they should be on the same page in order to clamp down on corruption.

Prime Minister Imran Khan earlier this month had announced the law that will reward whistleblowers who help nab corrupt officials and politicians. 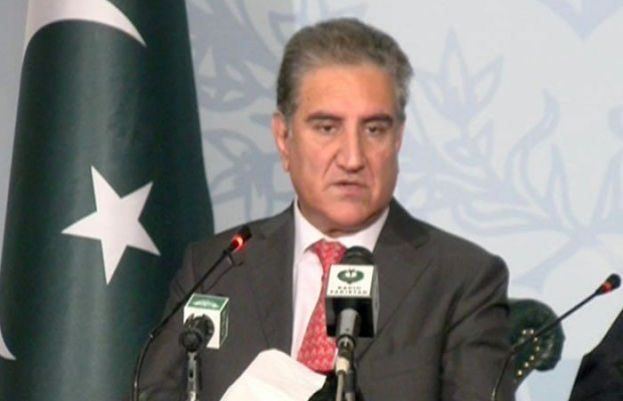 The foreign minister, while briefing the media here, said that Nafees Zakaria would be the new Pakistani high commissioner to London, while Dr Asad Majeed will be appointed ambassador to the United States.

He, however, said the appointments will take some time, adding that the matter has already been discussed with Prime Minister Imran Khan.

Qureshi further said Raja Ali Aijaz is going to be posted in Riyadh as the new ambassador.

He said that all appointments included ‘career diplomats’.

Hamid Asghar Khan will be appointed ambassador to Rabat and Shehryar Akbar Khan in Serbia, the minister said further.

He added that Sahibzada Ahmed Khan will discharge diplomatic responsibilities in Havana, whereas Ahmed Amjad Ali will be appointed consul general in Dubai.

Qureshi further said a consensus was reached on increasing investment in the energy sector, adding that establishment of an LNG terminal was also discussed during the talks.

He said the government held talks with United Arab Emirates (UAE) authorities regarding provision of oil on deferred payment facility.

“The UAE has also expressed desire for establishment of an oil refinery, besides building an LNG terminal,” the minister said.

Foreign Minister Shah Mehmoud Qureshi says Pakistan is a sovereign country and it takes decisions in the national interest without succumbing to any pressure.

He was talking to the Speaker National Assembly Asad Qaiser in Islamabad on Friday.

The foreign minister pointed out that cordial relations with the neighboring countries, peaceful resolution of Kashmir dispute and projecting true image of Pakistan at the international level are the cornerstone of our foreign policy.The speaker in his remarks hailed the foreign minister in a very short span of time has effectively presented Pakistan’s stance at the international level.

The speaker also welcomed the six billion dollars Saudi relief package saying it will have positive impact on the economy. 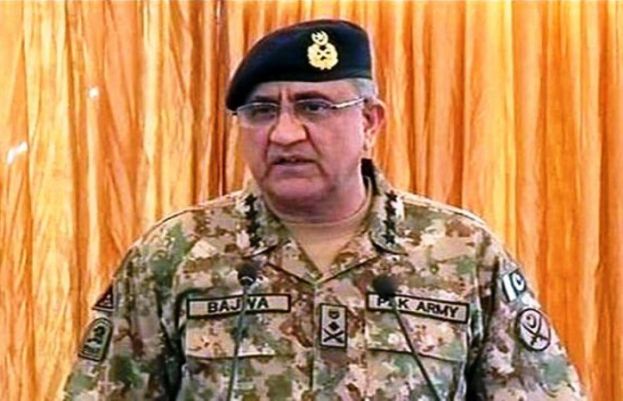 According to the ISPR, the terrorists were involved in killing of 22 persons including three civilians, 19 Armed Forces/Frontier Constabulary/ Police Officials and injuring 23 others. Arms and explosives were also recovered from their possession.

These convicts were tried by special military courts. Besides, eight convicts have also been awarded imprisonment. 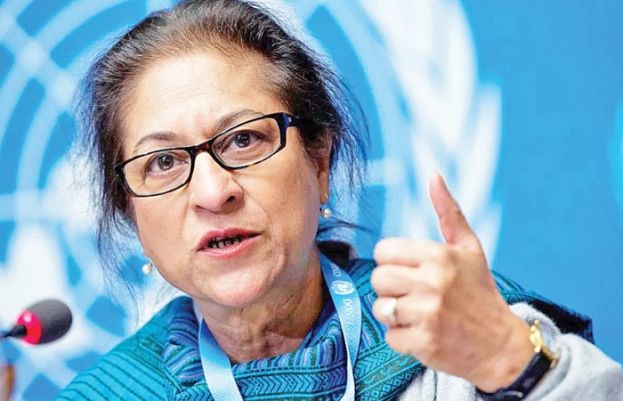 She was known for taking up court cases of victimised and marginalised sections of the society as well as speaking against human rights violations and her courageous stand against the military rule of General Zia-ul-Haq.

Today I announced the 2018 winners of the @UN Human Rights Prize. I am proud to recognise the contributions of individuals & organizations that promote & protect human rights @RebecaGyumi @Asma_Jahangir Joênia Wapichana @FrontLineHRD Your work is an inspiration to us all #UN4ALL

On October 1, a special memorial to honour the late Pakistani human rights lawyer was held by the Asia Society in New York.

During the event, various activists, journalists, and other contemporaries paid tribute to Jahangir’s work. 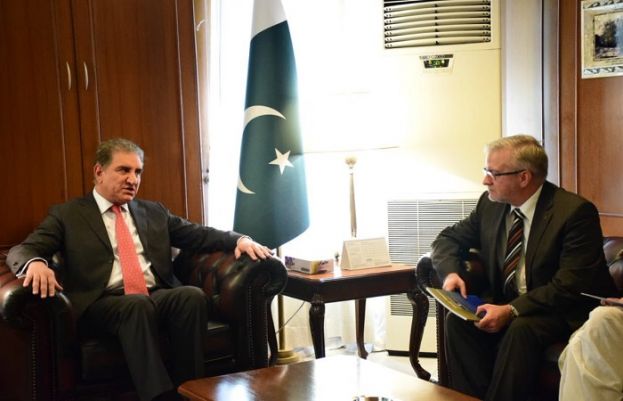 The two sides discussed successful conclusion of general elections and peaceful transfer of power to democratically elected government for a third consecutive time.

Foreign Minister highlighted that Pakistan has been welcoming international election observers since 2002 and EU Observers were deployed across the country in general elections of 2002, 2008, 2013 and 2018.

European Union Chief Election observer recognized continuity of the democratic process which was essential for creating an enabling environment for peace, stability and development in the country.

He also handed over a copy of the final report of EU-EOM on general elections 2018. 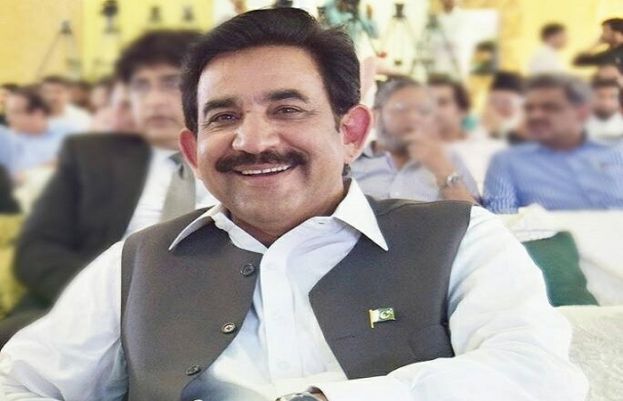 ATC Judge Abdul Qayyum Khan conducted hearing of the case during which PML-N MPA Saif-ul-Malook and his brother failed to appear before the court.

It is pertinent her to mention that the case was registered under the provision of terrorism and murder.The judge has ordered to arrest and produce station house officer (SHO) Johar Town Maqsood Gujjar before the court in next hearing.

Moreover, the judge has adjourned the hearing till October 27 issuing non-bailable arrest warrants of both the accused. 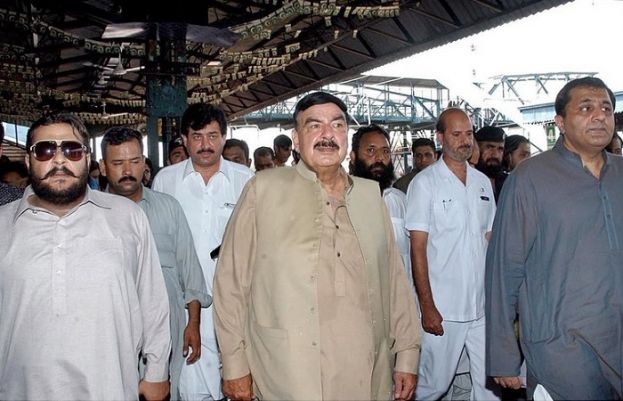 Railways Minister Sheikh Rasheed on Friday announced that a local train service was being launched in Karachi.

Speaking to the media, Rasheed said, “The train service is being launched on the direction of the prime minister and will run between Dhabeji and Karachi.”

He further said, “President Arif Alvi will inaugurate the train on October 31.”

The federal minister for railways added, “PM Imran has fulfilled his promise. This will be the launch of a sixth train within 60 days of the new government assuming office.”

“We will fulfill our promise of launching 10 new trains in first 100 days of the government,” he added.

He added, that in the next phase a shuttle train running from Karachi to Hyderabad will be launched. Earlier, locals trains were launched in Mianwali, Lahore and Sukkur. 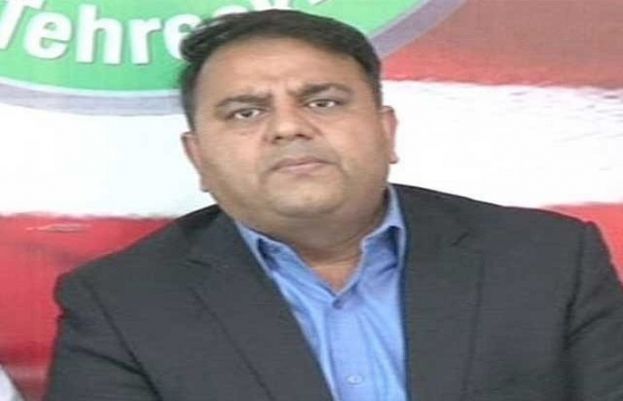 Nawaz Sharif’s counsels on Friday urged an accountability court in Islamabad to take notice of Information Minister Fawad Chaudhry’s statement claiming that the former prime minister will be imprisoned again.

As the hearing went under way, Nawaz’s counsel, Advocate Zubair Khalid, said, “A minister has said that the former premier will 100% go to prison again. The case’s decision is about to be announced, so how then did he know that Nawaz will be sentenced?”

Nawaz’s counsel contended that a notice be issued to the information minister and he be summoned. “If a notice is not taken regarding the statement then the court’s credibility will be damaged,” he asserted.

Judge Malik then asked, “Did the minister make a general comment or refer to the court?”

“In a murder case suspects were claiming that they will be acquitted, but I said that no matter what suspects say the decision lies with the court,” the judge further remarked.

Directing Nawaz’s counsel to submit a request, Judge Malik asked him to continue presenting his arguments in the case. “We will see what to do with this statement,” he added.

At this, senior counsel Khawaja Haris also urged the court to take notice of Chaudhry’s statement. “A transcript of his statement should be summoned,” Haris said.

Judge Malik then said that the newspaper report regarding Chaudhry’s statement should be made of the request and added, “If a notice needs to be issued to Chaudhry then the court will.” 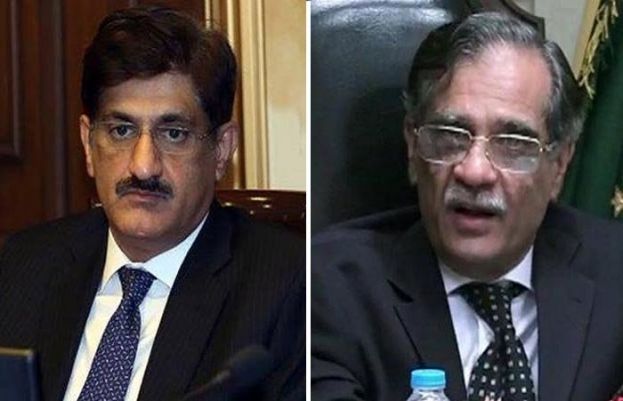 Chief Justice of Pakistan Justice Mian Saqib Nisar on Friday summoned Sindh Shief Minister Murad Ali Shah in his chambers over complaints of the provincial government’s non-cooperation in a probe against a mega money laundering scam.

The Supreme Court resumed hearing the case against fake bank accounts that were used to launder over Rs100 billion out of Pakistan, at its Karachi Registry today.

The head of the Joint Investigation Team (JIT) Ahsan Sadiq was present in the court, along with other officials.

The court was told about the purported lack of cooperation from the Sindh government and other departments in the probe, at which Chief Justice Mian Saqib Nisar asked to meet Chief Minister Murad Ali Shah in his chamber.

The chief justice clarified that he was not summoning CM Murad but would meet him in his chamber regarding complaints that the Sindh government was not cooperating with the JIT.

Chief Secretary Sindh, in attendance before the court, informed that all records have been shared with the JIT. The JIT head acknowledged that all documents have indeed been received, but are yet to be scrutinised.

Chief Justice Nisar observed that Omni Group owed Rs23 billion and that he would summon response from the group after reviewing the final report on the matter.

The top judge remarked that all provincial chief secretaries have assured the court of cooperation in the case.

There will be strict action against those who fail to follow the court orders, he warned.

The Federal Investigation Agency is investigating 32 people in relation to money laundering from fictitious accounts, including former president Asif Ali Zardari and his sister Faryal Talpur.

Zardari’s close aide Hussain Lawai was arrested in July in connection with the probe. The former president’s another close aide and Omni Group chairman, Anwar Majeed, and his son, Abdul Ghani Majeed, were also arrested by the FIA in August. Lawai, Majeed and his son remain under custody.

Earlier this week, FIA sources informed that the mastermind of the money laundering and fake accounts case, Aslam Masood, had been arrested by the Interpol from Jeddah.